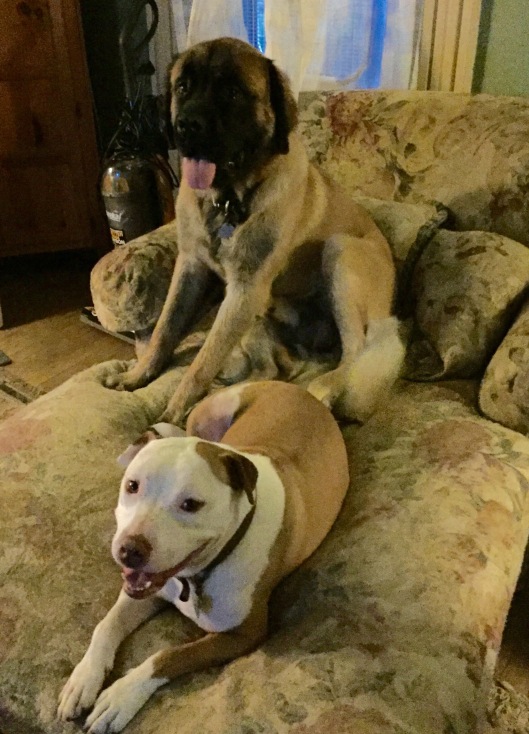 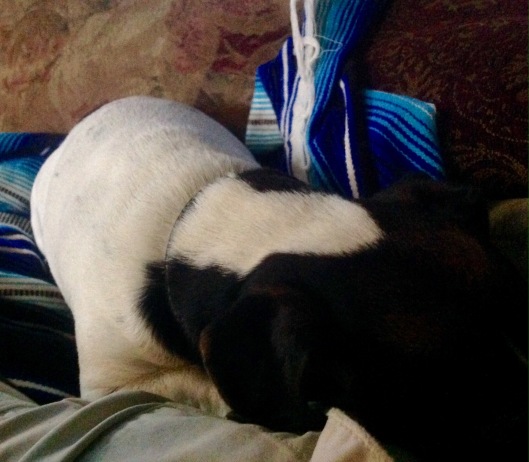 When I got home from the hospital, I had three impatient dogs waiting for me. They were hungry of course, but I think they must smell something different about me, because they seem more clingy when I have tests or chemo than if I come back from say, grocery shopping. They were really hungry, they devoured their food in seconds and then they were ready to be scratched and hugged.

This scan is an important one, we are going to find out on Monday if my treatment is working, I really hope it is, because this chemo isn’t so bad, I don’t want something stronger. I am going to need a movie this weekend, just for a distraction, yes the dogs are distracting, but I’m thinking a fun, fantastical movie would really do the trick and then something fun and yummy to eat. I like this plan, it’s not a new plan, we more or less do this plan almost every weekend, but it’s a solid plan and works real well for us.

Stanley got to hang out with our son and his girlfriend for the day and boy was he happy. His big puppy face is so adorable when he’s smiling, his smile extends right up to his eyes. I’m back home now, so I have three smiling faces looking at me, Stanley’s big smile won’t stop, he keeps poking me with his paw, telling me to continue with the scratching, he’s a little bossy, lol.

I have to admit that without his goofy smile, Stanley looks a little intimidating, though in my eyes, very handsome.

In this picture, Stanley is channeling our German Shepard Rex, handsome and regal in his own right.

We miss him very much.

Sniff, sniff we took Tantine to the airport, as I write, she is onboard waiting to takeoff. I miss her already, her two week visit was way too short. We had such a nice time together, whether walking around the city or sitting at my mother’s house talking about family, politics, anything really. She made a few delicious dishes as well, another reason to want her to not leave so quickly, lol. In French we don’t say good-bye, we say until we see each other again, which is especially fitting for family. Au revoir Tantine! 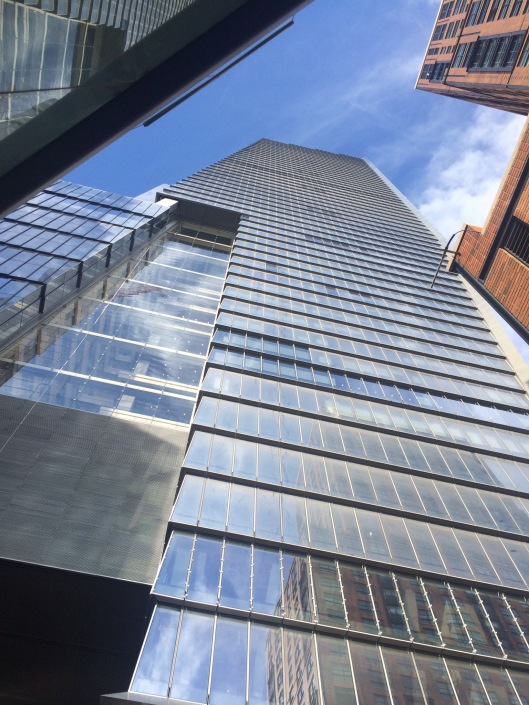 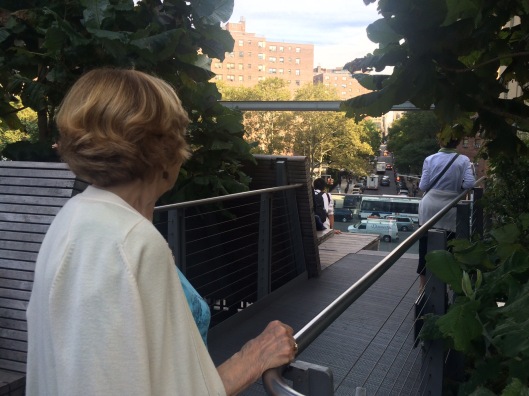 My mother, my Tantine and I made our way into the city to walk along the high line, it was the perfect day to do so, it was around 73 degrees, breezy and as you can see, sunny, it made for some very lovely pictures. The high line runs from 30th Street and 10th Avenue all the way down to Gansvoort Street near the meat packing district. We didn’t walk the whole way, we entered at 30th and exited at 23rd Street, it still made for a nice promenade in the city. My Tantine enjoyed the high line, a little getaway in the heart of the city, she found it very charming.

My oncology nurse Tara has been with me since the beginning, now that I graduated to being a regular, she has raised the stakes in terms of endearment. Today she called me sweet pea, sweetheart, baby and love, I can’t lie, I like being called sweet pea and such, it feels good. Since being back at the center, I have had the chance to visit with my nutritionist and my spech therapist, initially their eyes lit up with recognition, but when they realized I was hooked up to an i.v, their eyes dimmed for but a second, quickly covered up with a smile of welcome. I admire these nurses, it must be hard keeping an emotional distance all the while being as nurturing and compassionate as they are, day in and day out.

I love my nurses. 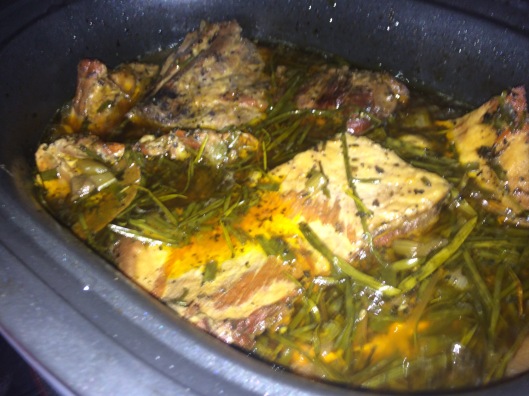 My husband has been busy in the kitchen, our son and his girlfriend are coming for Sunday dinner. I think he has done a wonderful job, everything looks quite appetizing. He had fun with the slab of pork belly we got from our local Mennonites, they have locally sourced grass-fed beef, pastured pigs, raw milk and organic, free range eggs. I forget what he did to the pork belly before it ended up in the slow cooker, but it smelled real good during the entire process. The mashed potatoes went under the broiler after I took the picture, they smelled delicious after being browned by the flames.

I love the salad my husband put together, watermelon, blueberries, romaine lettuce, peppers and iceberg lettuce with a blue cheese dressing, a yin and yang kind of salad. The cheeses and the pate made sense both before and after the pork belly and mashed potatoes with the salad acting as the palate cleanser to finish the meal.

We had a very lovely dinner together, it’s wonderful when dinner gets on the table and you had nothing to do with it. Thank you my husband. 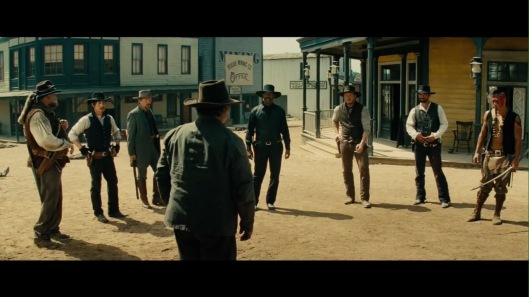 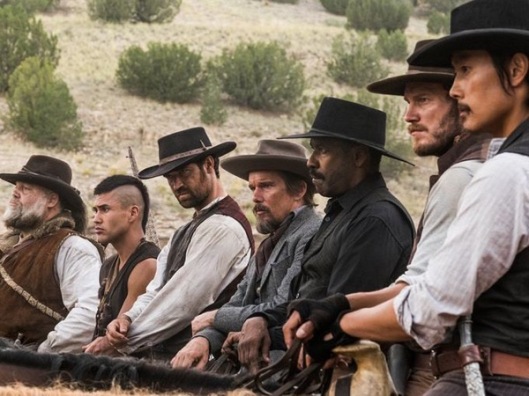 I have never seen The Seven Samurai or the 1960 The Magnificent Seven, so this movie was brand new to me, my husband had seen them, he loves those kinds of movies and he really liked this remake, I did as well. However I wasn’t prepared to be so sad by the end of the movie, if I had seen either the original or the western remake of 1960, I would have known not to become too attached.

The entire cast was great, the villain was especially dastardly, he had the gall to use God and his favor as a justification for his greedy ways, it reminded me of the time when the monarchy used religion to justify their power, just that alone made me want to see him get taken down by the Maginificent Seven. The heroine played by Haley Bennet was put to good use by the director, she gave the movie its heart and anchored its moral compass in the community. My favorite part of the movie was the camaraderie between the gun slingers, they had such easy conversations, laughing and getting to know each other, even the horses had chemistry with their owners.

The vistas were breathtaking, I wish I could find some images to show you, I have never been out west, but after seeing how majestic the rock formations are, it may very well be on the bucket list of destinations.

I think that this movie will please those like me, who have never seen the original and those who have seen it, there is nothing to lose in seeing the movie, it’s an exciting ride. 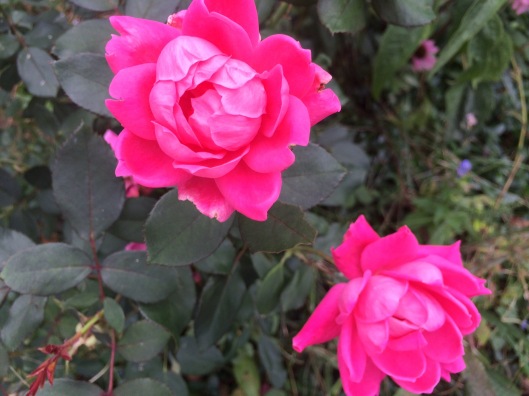 Shakespeare, I love him.

I remember reading Romeo and Juliet in English class senior year in high school, Mister Faust spent time teaching us how to interpret Shakespearean iambic pentameter, such a gift because he unveiled an amazing world. After Romeo and Juliet, Mister Faust introduced us to The Taming of the Shrew and what a revelation, Shakespeare had a sense of humor, he wasn’t a stodgy old bore, he had a gaudy sense of humor and for a high schooler it doesn’t get better than that in English class. 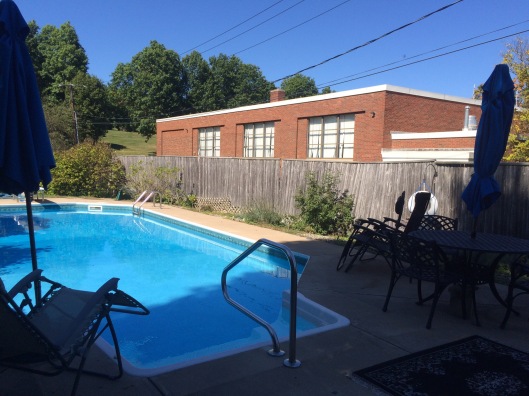 It’s that time of year, the pool must be closed, the dark cover that replaces the gorgeous azure blue of the water really changes the look of our backyard, it instantly darkens the mood. We’re doing it fairly early this year to minimize the amount of vacuuming I have to do to prepare for the closing, I’m too tired to do it this year. Despite the work having a pool entails, it does create a wonderful setting for summer, it’s hard to feel awful when you are sitting near the water. I’m going to miss having pretty water to look at, frogs to rescue and a relaxing spot to watch bees and butterflies. 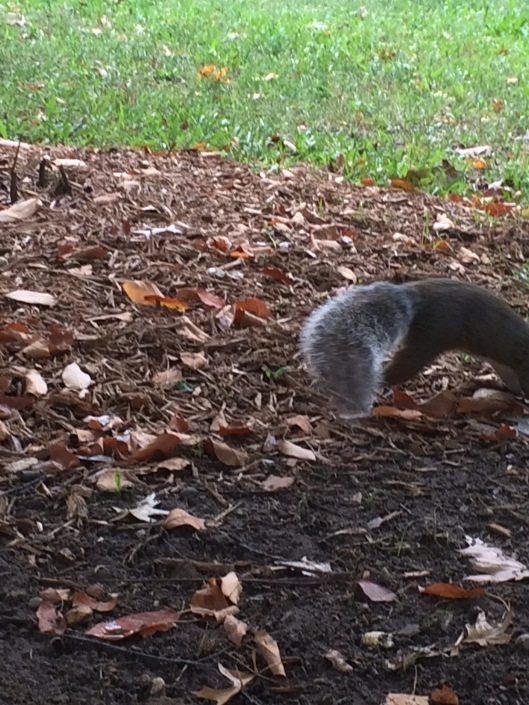 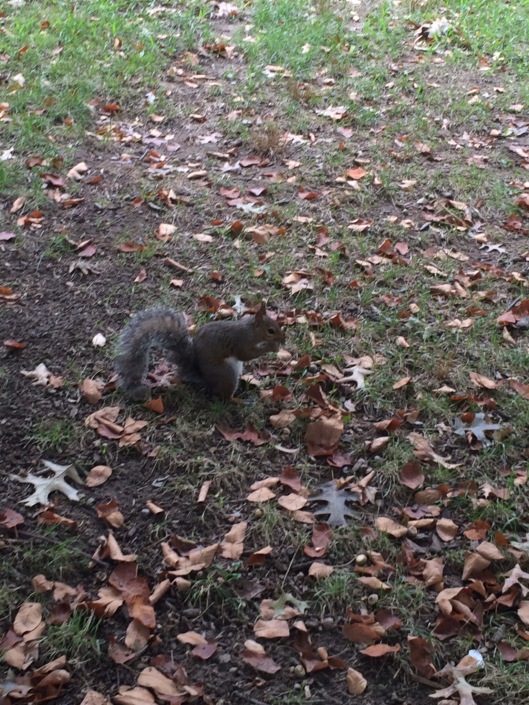 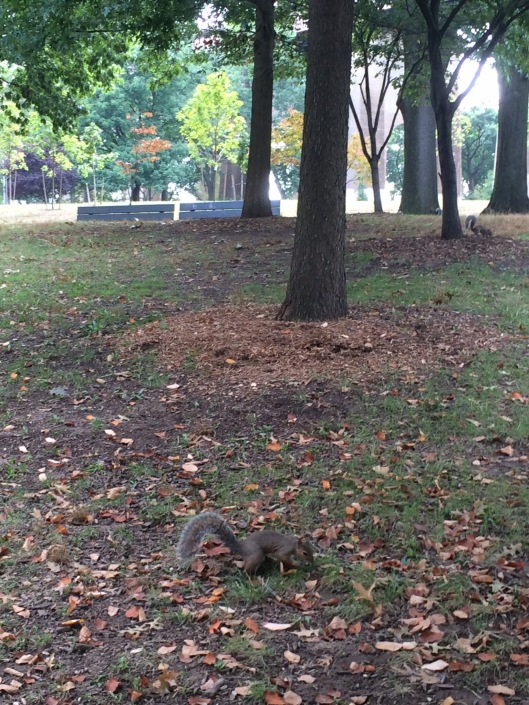 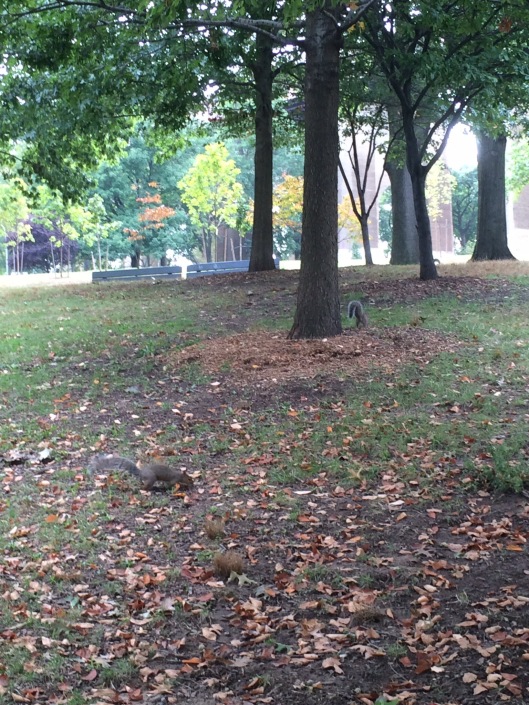 I love New York squirrels, they are just as fearless as New Yorkers themselves lol. Blandford squirrels are so skittish, you look at them for a second and they bolt in fright. New York City squirrels practically tap their tiny feet waiting on crumbs and whatever morsel you might drop if you’re eating at a park bench. My little friend didn’t mind being the subject of my photo shoot, he was gathering nuts at his leisure, looking at me when my cellphone would take a picture and going back to his business without a care in the world.