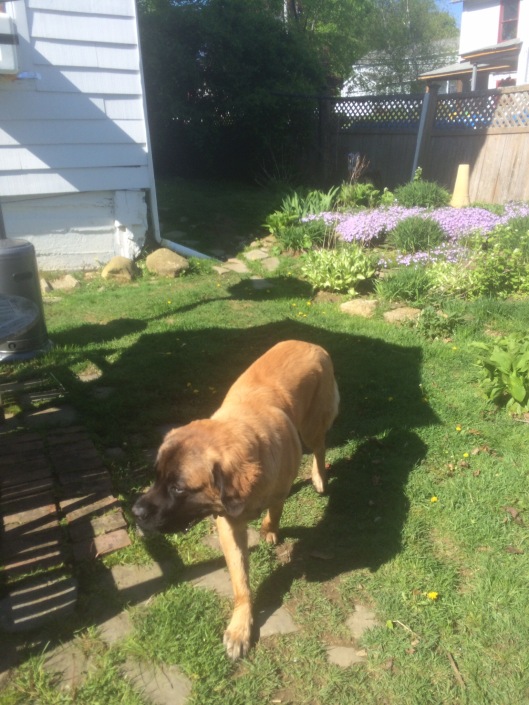 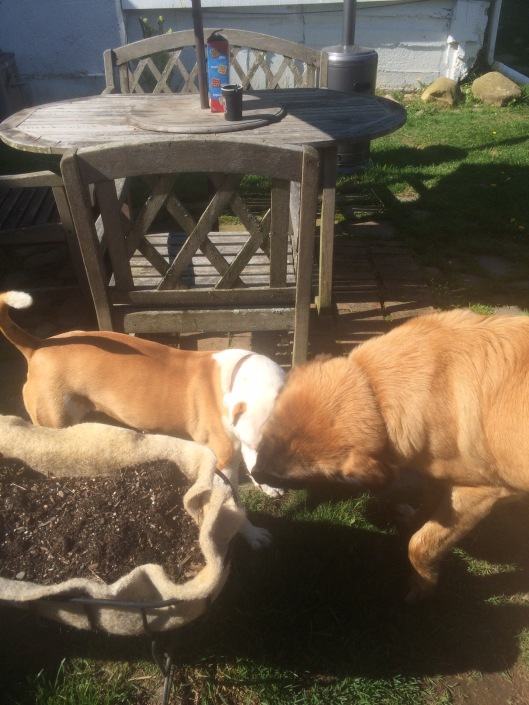 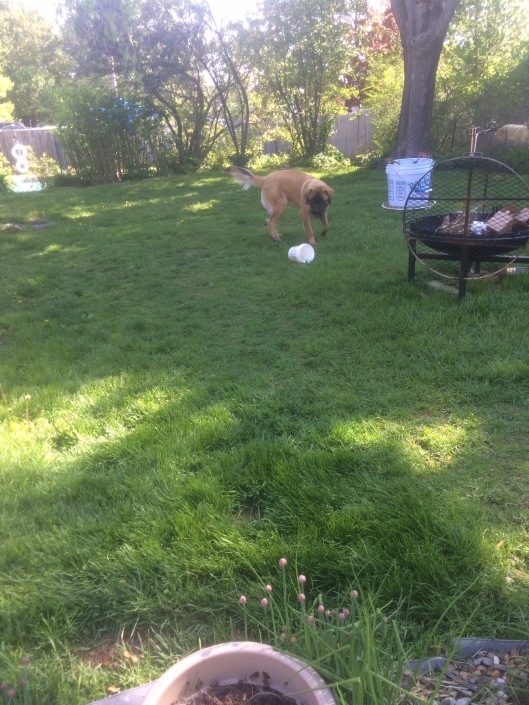 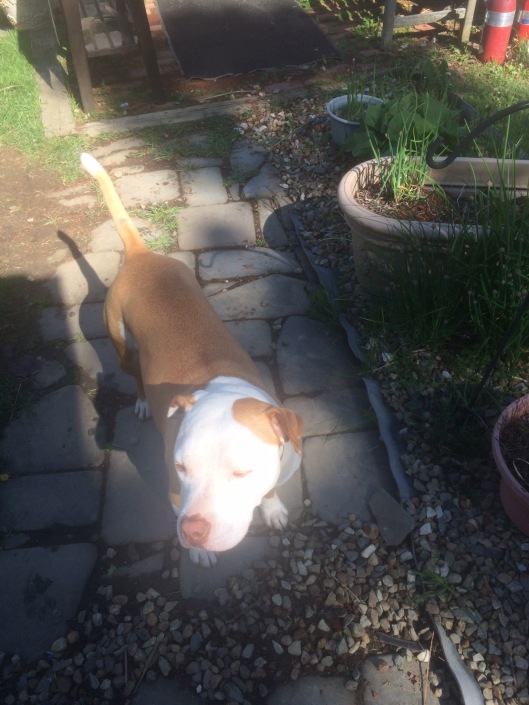 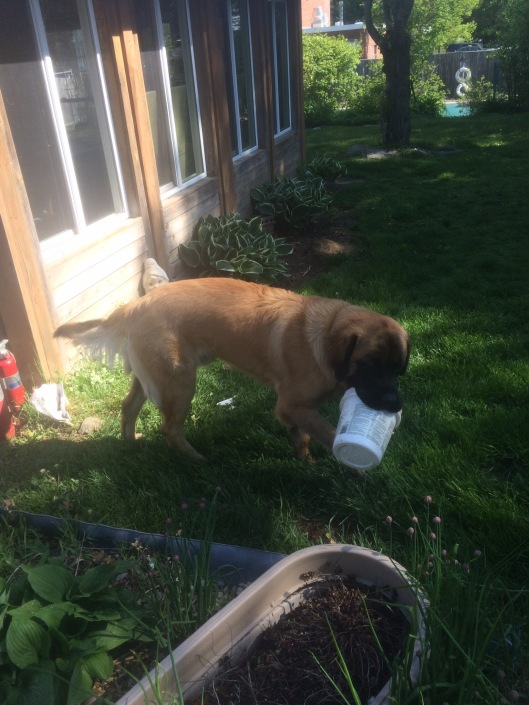 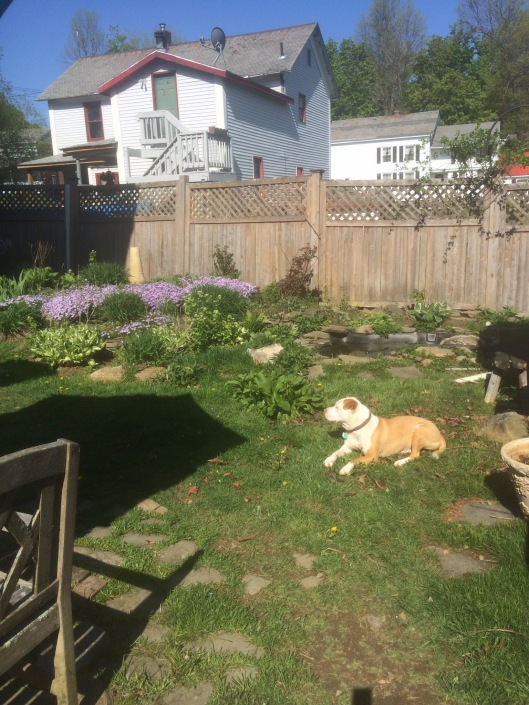 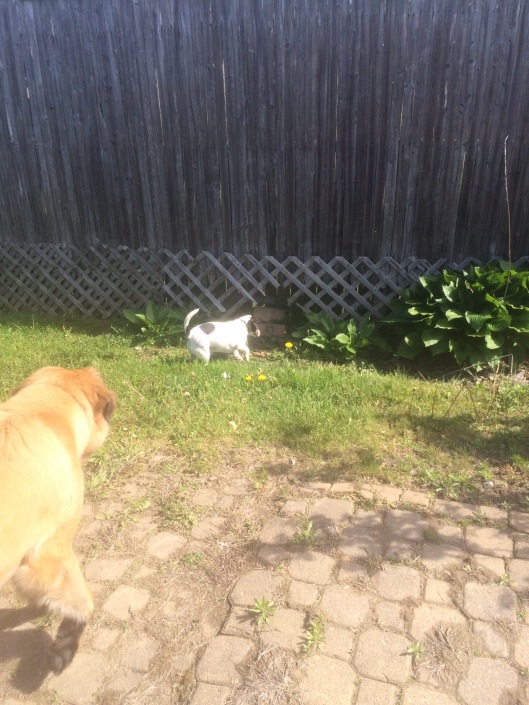 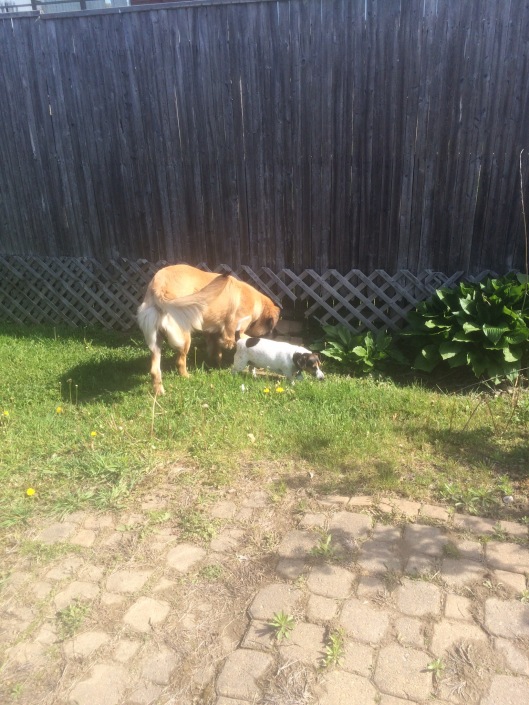 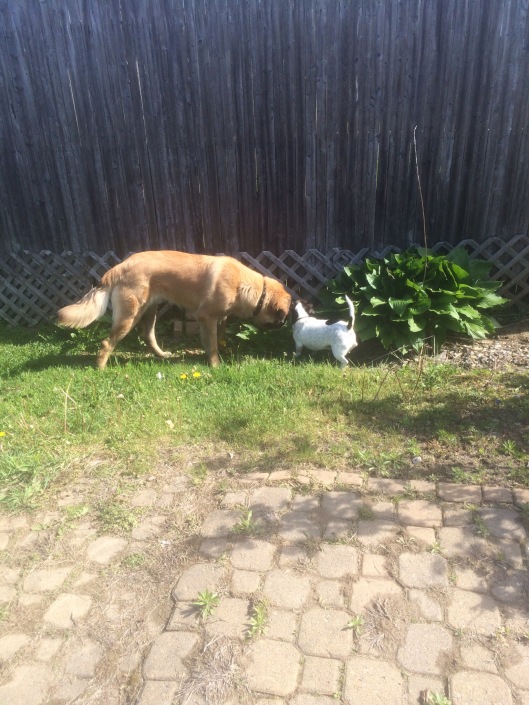 I know that Jack and Lulu aren’t puppies, but Stanley at 10 months old still qualifies, actually he will be considered a puppy until he is 3 years old.  That is a very long time of puppy shenanigans if you don’t mind me saying. We have been working with Stanley on his behavior, we’re trying to teach him to be more mindful of his size. We suspect he is still under the impression that he’s Jack’s size, as you can see from the pictures, he left that size a while ago. I personally don’t like to be jumped on, my husband doesn’t mind it, but I do, so I am working on that specific behavior with Stanley, it is work but I feel confident that he will understand Maman doesn’t get jumped on before long. Stanley is smart when he wants to be, more to the point when he feels like listening, he seems to have a stubborn streak because when he wants something, he keeps at it.

Jack is still trying to tunnel his way out of the back, the crazy little man. The hole in the fence way in the back had to be stoned off, but that hasn’t deterred Jack from trying to find a weakness in that area. Jack has even enlisted Stanely’s help in trying to escape, thank goodness Stanley hasn’t complied as of yet, I’m not sure if Stanley just doesn’t understand what Jack wants or if Stanley simply isn’t interested, either way I hope it stays that way. Lol 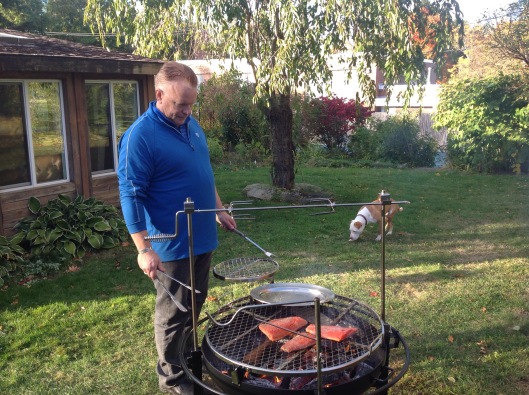 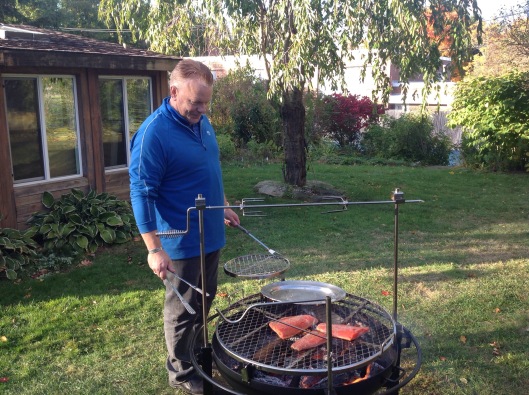 My husband is a master at the grill. He enjoys grilling so much that he got us an all in one sleek outdoor grill/rotisserie. Today, as much of the Northeast is experiencing, is much chillier than what we have been exposed to up until now; but as long as there is sun outside, the grill is open, in as far as the snows don’t get in the way. I have seen my husband grill with a parka on,  the fire kept us warm and it was delicious. I love steak off the barbecue and my husband plays with different woods to make it special, my favorite part is the carbonized fat, I’m fairly sure that it isn’t the healthiest piece of the steak, but it is so yummy, especially when you eat it at the same time that you bite into the rare meat, the burnt sear contrasting with the beautiful red, firm muscle, it doesn’t get any better than that for me. 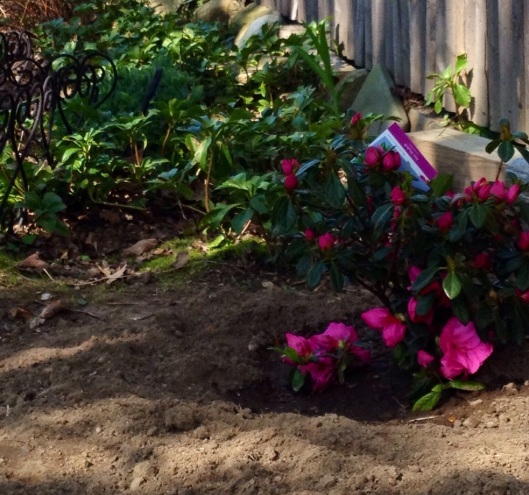 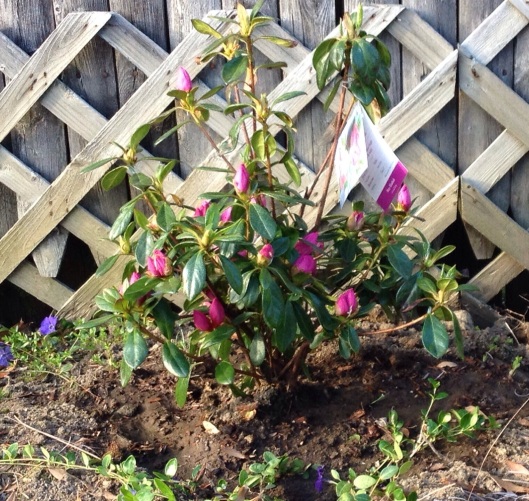 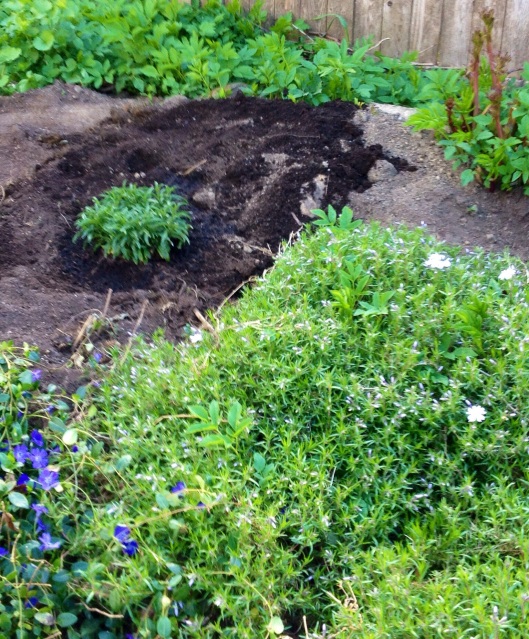 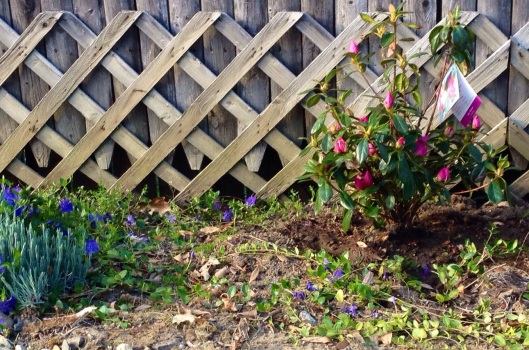 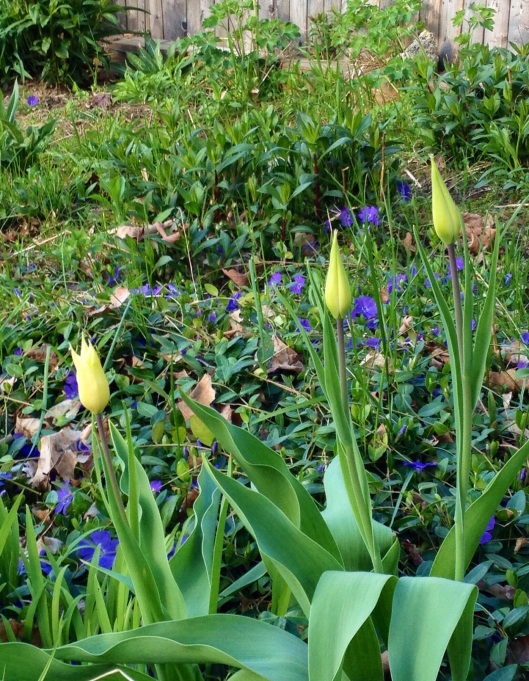 I had written on Monday that we were going to have rainy weather for the rest of the week, but apparently the weather people were mistaken so I have used all of these wonderful days at home to work as much in my garden as I could because I’ll be back on the road soon with my husband.

The tweaking that I mean is the replacement of a dead Japonica shrub with a live Azalea and the new placement of the other new Azalea in the side garden in the back, I dug up the blackberry shrub and another random spreading shrub and I placed the new Azalea in its place. 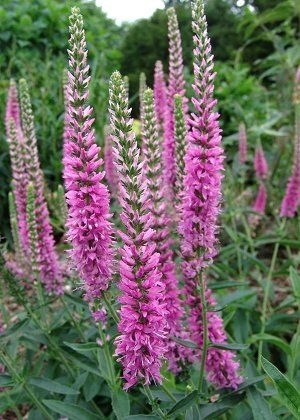 I am thinking that it will make a wonderful addition to the top tier and I look forward to see how it will blend in with my other plants. The tweaking isn’t done, not by a long shot, I have some serious housekeeping to do, the vinca ground cover that I had planted has done very well in most places, but in certain places the vinca has gone completely hog wild and has started strangling out other plants, so like I said there is some major housekeeping that needs to be done, maybe over the weekend.