I received a picture from my new French friends, Claudine and Marc and I laughed as soon as I saw it; it was part of a running joke we were throwing back and forth during our time together. Whenever we were either on the beach on Long Island or any one of the boats we took to take pictures of the New York skyline; I had a devil of a time taking pictures because of my flailing locks whipping around my face and cell phone, getting in my way of picture taking, at one time the name Medusa was hollered, I think by me and that moniker kept popping up thereafter. So when Claudine mentioned in her e-mail that she had captured a “meduse” on film, I burst out laughing when I saw that it was me and seconds later I gasped at the huge amounts of grey hair that I saw.

This was unacceptable and needed to be remedied immediately. My husband made a quick call to his good friend who owns the salon next to my mother’s house, SPACE, and viola. My head is lighter, my hair is brighter and I feel witty and pretty and gay! Kidding, I couldn’t help it, I was channeling Natalie Woods from Westside Story. It is amazing how something so frivolous as coloring and hiding your grays makes you feel so much better about yourself so quickly. When Rudy checked out my wet hair after the shampoo, I said “hooray! I won’t look lie the old hag anymore or least for another few months”. She said “you are too funny”. If hiding the grays puts a spring in your step and a smile on your face then why not I say.

What’s the oldest thing you own? (Toys, clothing, twinkies, Grecian urns: anything’s fair game.) Recount its history — from the object’s point of view.

The oldest thing that I own and that I came into my marriage with is John, my doll that my great aunt Georgette gave to me when I was a baby. He has a cloth body stuffed with rags; I know because over the course of his 46 years, he has been stitched up more times then I care to count and he has an adorable plastic head with painted on brown curlicues and deep brown eyes that open and close and a cute little mouth all ready for his bottle.

I was never a doll kind of girl, but I loved my John, mostly because my great aunt Georgette gave him to me and I adored her. John was always either sitting on my bed or sitting on my dresser and I took him with me when I got married because I had planned to give him to my eventual daughter. Which I did; I gave John to our little girl so that she would have him to play with if she so chose, but at the very least she would have his faithful companionship at night, he was very good for that.

Our daughter played with him and so did our dog Marshall, in fact Marshall loved John so much that he would show it as dogs often do by licking and chewing on John a lot. That is when John was often admitted for emergency surgery; when the last admittance into the E.R was prompted by an almost complete decapitation, that is when I sat my daughter down and asked “wouldn’t it be safer for John if he came back to Mana’s room?” our daughter said “yes that would be probably be for the best” and John has been safe and sound ever since on my dresser.

I think that everyone needs a special keepsake from their childhood, I don’t know why, but it gives me solace and comfort knowing that John is still with me.

My husband and I took a quick spin to go visit Independence Hall and what struck me the most was the juxtaposition of brand new buildings surrounding and overlooking “old” Philadelphia. The contrast is quite pleasing in terms of great photographic opportunities and it puts the historic in a beautiful and nostalgic relief to the fast paced hustle and bustle of the present day.

I know that deep in the recesses of my memories when I was little; the Liberty Bell was not closed off from the people behind plexiglass and the grounds were open to all to meander in and around at their leisure.

Nowadays there are modern structures designed to keep everyone at bay which I suppose there were good intentioned reasons to introduce these barriers, but I miss the physical freedom of space and openness around the public commons of historic Philadelphia.

I do like my pictures; I think that I captured what I was feeling at the moment. 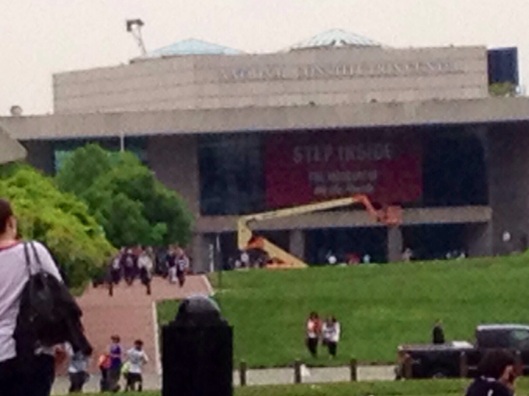 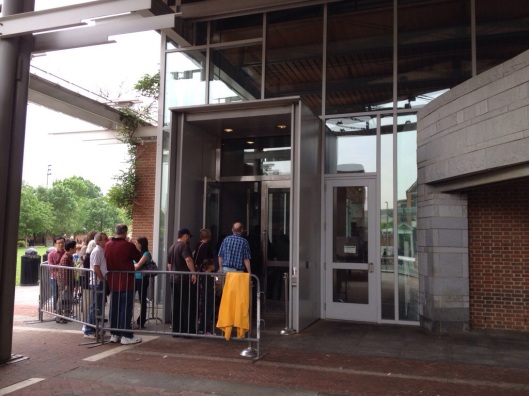 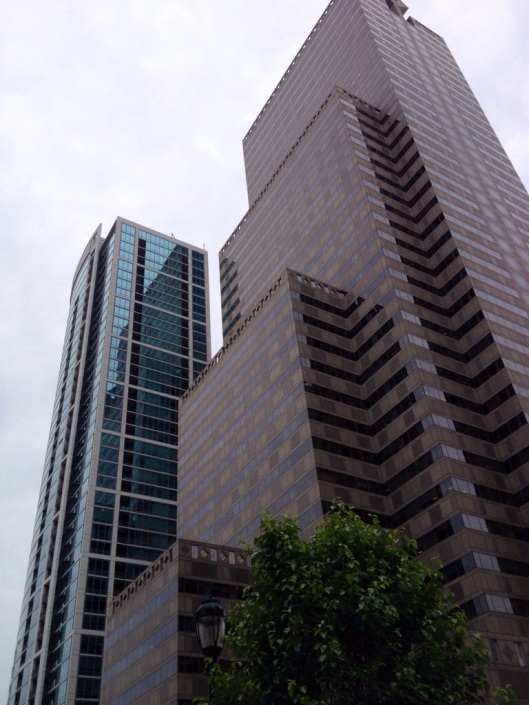 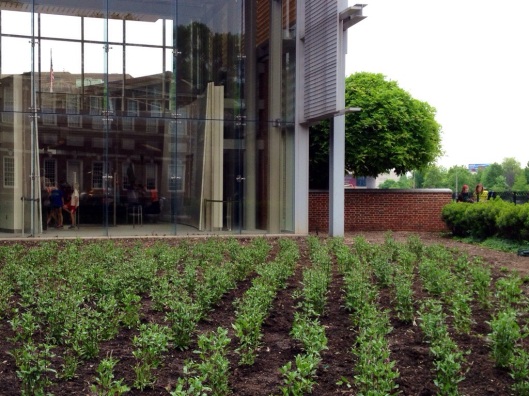 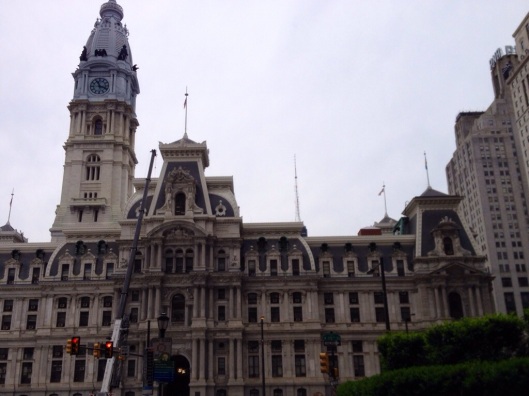 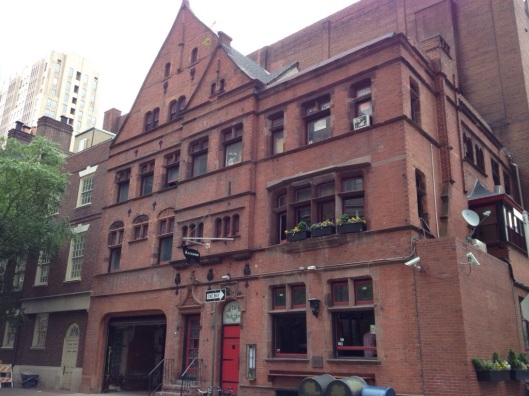