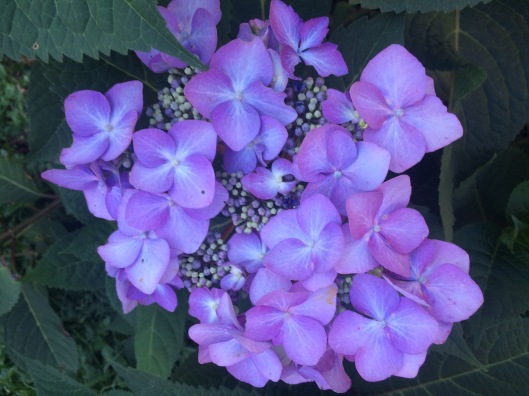 One of my best friends in the world, my former next door neighbor, Debbie came to visit with me. It did me a world of good. I posted a picture of my hydrangea because of its color, purple; violet, lilac, any iteration of the color purple represents Debbie, I have never met anyone who loves purple more than Debbie. We used to joke around that whatever Debbie touched, if it was a plant, would turn purple. My hydrangea started out as a pink hydrangea, that didn’t last for more than two growing seasons, lol. I have a clematis in the back, it originally produced white blooms and within two years it started to produce purple tinged flowers. I used to love to point it out to Debbie lol. Debbie and I over the years have made so many inside jokes between us, it did me so much good rehashing so many of them. I had a great afternoon.