Mother Nature never ceases to amaze me, last year I had planted pansies galore, knowing fully well that by virtue of being annuals they weren’t coming back, yet here is one in last year’s planter, defying the odds just like the pansies that are in the pond garden, they decided to prove me wrong as well, apparently pansies can come back when they feel like it.

Last year’s dianthus are surprising me every week as well, I find them peeking out from under the lilies and even from the stone urns I have surrounding the raised sand filter unit in front. Dianthus are perennials but sometimes even in the best of conditions they don’t come back, mine I guess were laying low and finally decided to bloom in mid June, I’m sure the almost constant shade from the neighboring lilies wasn’t helpful either, however I do love surprises so I’m not complaining.

June is the month of the lily or so I decided, I can’t believe we are already the 26th of June, time is flying by, I’m hanging on by the seat of my pants, at least that’s what it feels like and I’m not crazy about the feeling. 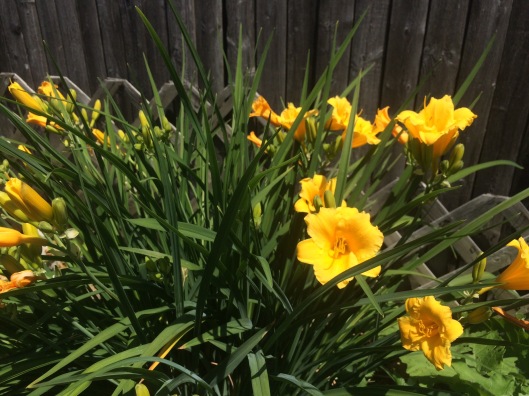 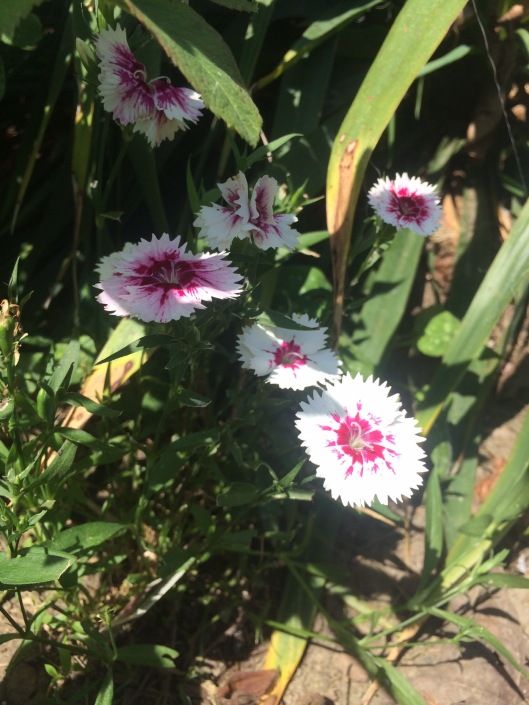 The purple sage and tick weed have come back, last year I made a point of adding more perennials to the front bed especially perennials that were mid to end of summer blooms in order to keep the front bed in color throughout the season. Professional landscapers make it look easy, but it’s not, not when you have an army of chipmunks living on your property and Northeast winters to deal with, what with their temperamental nature as such, for the five new perennials you buy, you are lucky if you get four to come back the following year. But no matter, I still try. 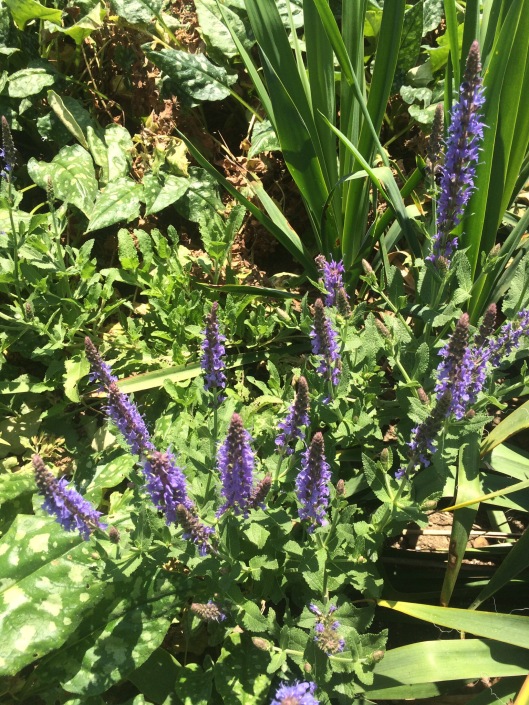 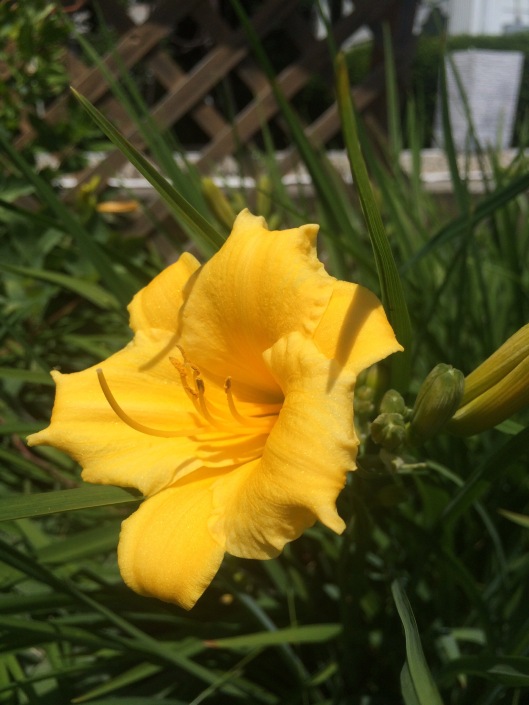 2 thoughts on “The little pansy that could”