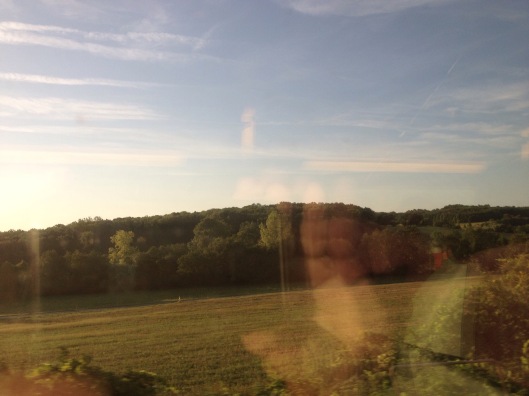 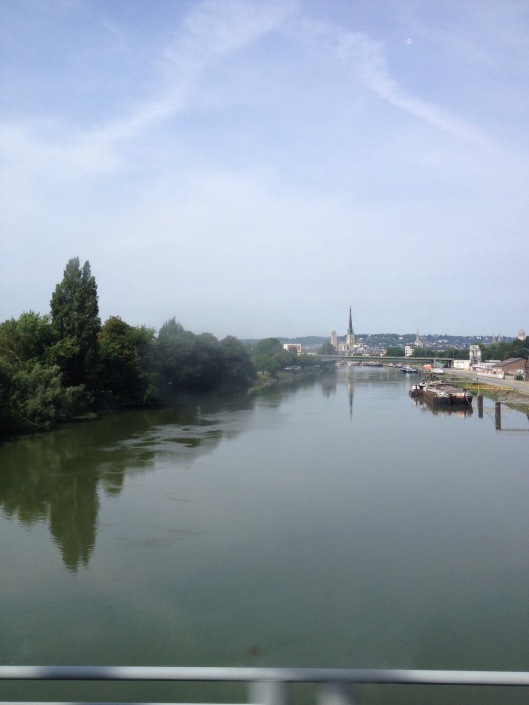 I took the TGV from Bordeaux to Paris, I had one hour to change train stations, there are four I think in Paris, maybe five, but I arrived at Montparnasse and I had to get to Saint Lazare across the river Seine. I took the metro and in only twenty minutes I was at Saint Lazare waiting for the screen to tell me which platform my corresponding train was at, the train ride was very pretty, I passed big and small towns, beautiful countryside and at last, as you can see, my train pulled into the beautiful city of Rouen.

The city of Joan of Arc, the poor thing, it was here where the English burned her at the stake. The Rouenais have never forgotten, they love their Jeanne.