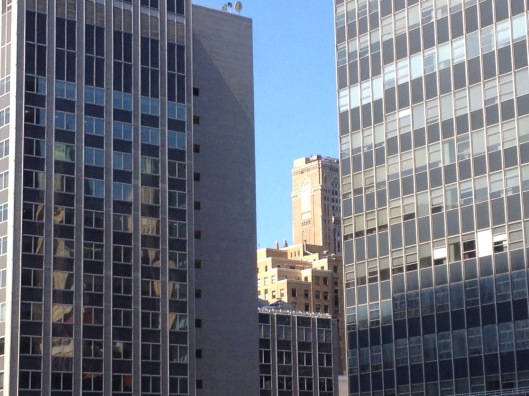 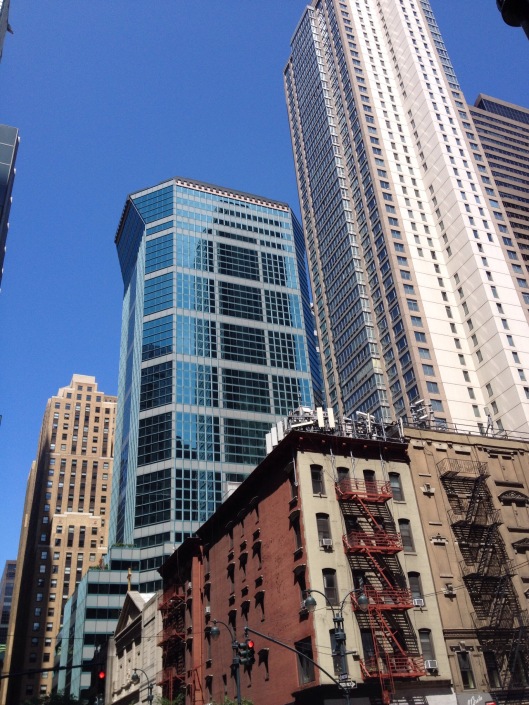 I was sort of in the United Nations neighborhood, the U.N is on First Avenue, I was on Third Avenue, but I got a pretty nice shot of the building itself. I have wonderful memories of spending hours doing research for my political science class in the United Nations building, back when you were welcomed practically with open arms and allowed to spend as much time as needed to read periodicals and documents. I miss those days, it was twenty five years ago, but we should aspire to get back to that place, where we aren’t governed by fear and distrust.

I was able to take pictures from an elevation, which gave me some nice perspective of the gorgeous sky, breaking up the concentration of steel, glass and concrete. The view of the East river was nice, both rivers offer beautiful views, each has a distinct flavor which makes it very New York in the competitive sense, East versus West rivalry.

I could never get bored taking pictures of New York, looking at New York through a “camera” lens gives me a brand new appreciation of the city.