It is so hot today in Boston, I passed three babies, in their strollers, their poor little heads were damp with perspiration, babies don’t sweat, they are too cute to sweat, they perspire. I wanted to put a fan on their little necks, their adorable little arm rolls and leg rolls keep the heat, I was so happy to see them minamally dressed, they all had bottles of water. Hydration is key in heat, everyone must hydrate.

I walked along Commonwealth Avenue for a bit, it is one of the prettiest avenues in Boston, I passed one of the hundreds of Public Alleys of Boston, I don’t know why they intrigue me so, perhaps it’s because I can see potential stories coming out in their history? I don’t know, I think they are a cool part of Boston’s lore. 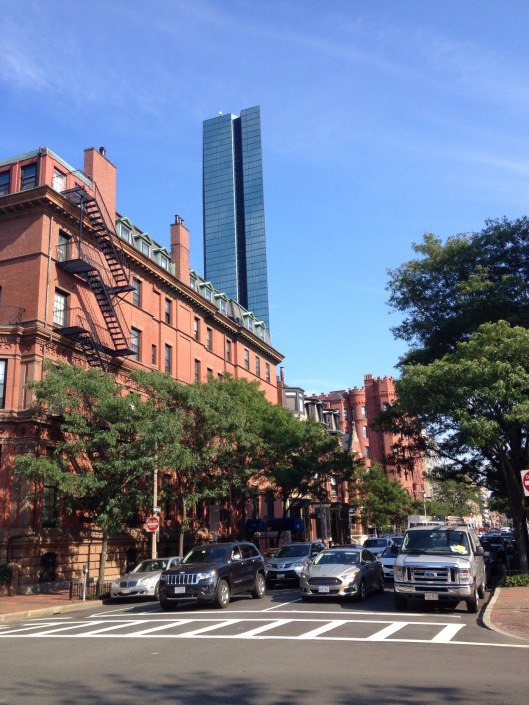 I turned left from Commonwealth Avenue and walked to Newberry Street, the street known for its chic restaurants and chic boutiques. I stumbled onto a discovery, Teuscher Chocolatier, my favorite chocolate maker in the world, I thought they were exclusive to New York, but obviously they aren’t. Hooray! Not that we buy chocolate often, it’s a once a year extravagance, but so very worth it.

I ducked into a Starbucks to cool down with a huge iced green tea, like I said, must hydrate. 🙂