I have been in Paris twice during the Bastille Day celebrations and both times were wonderful. The parades and the fireworks were spectacular; especially the fireworks over the Seine and near the Eiffel Tour. 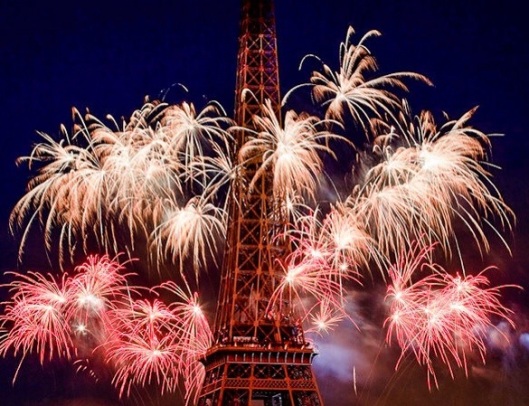 I do like the fact that the French National holiday is very close to the American National holiday given the fact that the French Revolution was partially inspired by the American Revolution. General LaFayette was very close to our General Washington; they spent years corresponding and Lafayette often came to visit George Washington during and after our revolution. Their’s was a beautiful friendship.

This is easily my favorite scene in the entire movie and that is saying a lot because the movie is full of amazing scenes. How beautiful is Ingrid Bergman? How romantically sexy can Humphrey Bogart be in this movie? I first saw this movie in my junior year French class in high school and it has stayed with me ever since.

2 thoughts on “Happy Bastille Day everyone! Joyeux 14 juillet a tous!”