My hubby ran, literally through the snow, to the General Store, bought some rib-eye steaks, came into the living room, surprising me in the process, and put them in the fireplace. They are cooking as I am typing, the living room smells delicious. My hubby is truly amazing and keeps me constantly intrigued and entertained. 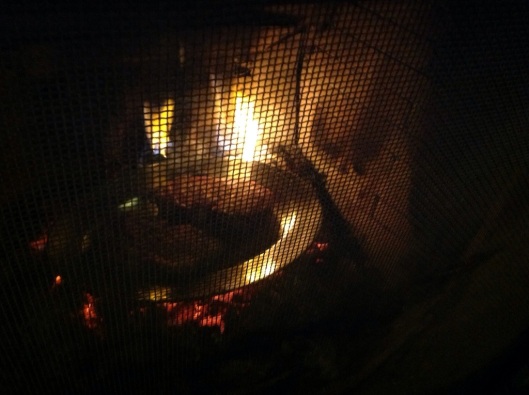 It looks more like a winter storm, not a winter wonderland. I have officially had more than enough of snow and freezing temperatures. Poor Jack won’t even go outside, we took him outside in the back while my hubby and the baby boy were getting the snowblower revved up and Jack wound up in the safety of the Jacuzzi room, his little sanctuary against the elements. According to the weather reports we might have snow for the next few days. Spring hurry, we need you! 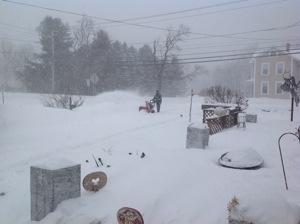 You see, I wasn’t exaggerating. Craziness I tell you. Thank goodness for my hubby and the baby boy, if I was left to my own devices today, I don’t think that I would have ventured out to shovel just yet. I’d just accept the snow and deal with it later tomorrow. Or the next day, or the day after that.