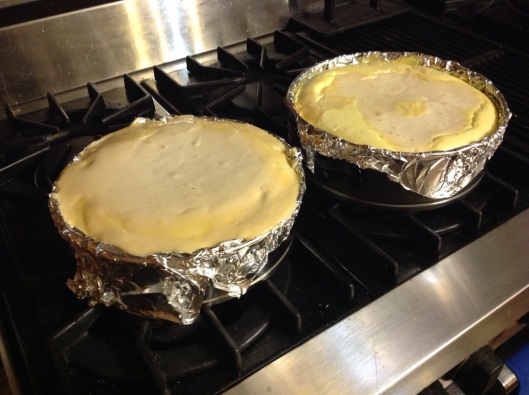 Today was a day of baking and movie going. First my hubby and I went to Arby’s for our roast beef sandwiches and my chocolate shake and then we went to see Jack Ryan: Shadow Recruit. What an action thriller! My hubby said to me in the car after the movie, that I had been so cute during the movie, acting out the fight scenes in my seat, jumping in my seat and putting my hands up to my face during the suspense filled action sequences. The movie was everything an action thriller should be and Kenneth Branaugh did an excellent job as director; he is an excellent actor, but he definitely has the directing thing going very on as well. Kevin Costner is back in the movie game and I am very happy to see him back where he belongs, his presence in the movie is vital I think in its believability and intrigue. My hubby and I loved Chris Pine as Captain Kirk and now as the newest incarnation as Jack Ryan, his portrayal of a young Jack Ryan blends in seamlessly with Alec Baldwin’s portrayal and later on with Harrison Ford’s take on a mature Jack Ryan; it makes sense in the overall character chronicle that we have had as an audience since the movie The Hunt for Red October.

After spending an adventuresome two hours in the movie theater and feeling as if we had fought the good fight keeping the U.S safe from bad guys, we were homebound and I got to work on my cheesecakes. One is to stay home with the baby boy and the other is destined for my hubby’s new employers and the office staff. It’s always a nice thing to do, start a new position bearing gifts and if one can, a homemade gift to show your appreciation and excitement over being welcome to the team. I hope that they like cheesecake; I don’t think that I know of anyone who doesn’t like a nice cheesecake. The kitchen still smells really nice since the cheesecakes only came out about fifteen minutes ago. That is part of the reason I love baking, the aromas that emanate from the kitchen are so comforting and pleasant. It instills something so honestly good, simple and soothing in the home.

2 thoughts on “Cheesecake and Jack Ryan”