I am not planting my new plants today, as soon as we got them home, I watered them and that’s it until Monday. I was serious when I said that I wasn’t going to do anything physical until Monday. I need to rest, I let myself get way too fatigued this week. Just getting the plantings put a smile on my face, the thought of putting them in my planters in the front of the house is exciting, the planters will be so pretty with the colors yellow and green peeping out from the top. 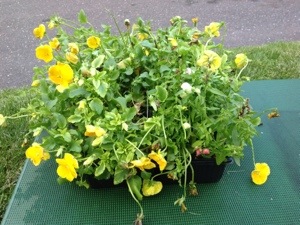 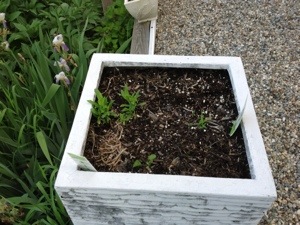 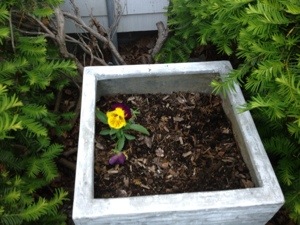 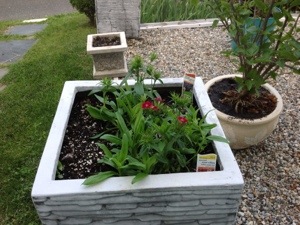 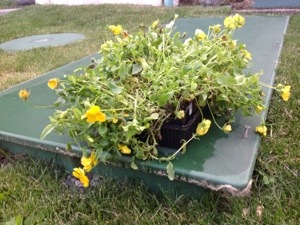 Gardening is a wonderful pastime and a relaxing hobby, it does me a world of good.

When faced with confrontation, do you head for the hills or walk straight in? Was there ever a time you wished you'd had the opposite reaction?

I most certainly head for the hills whenever the specter of confrontation rears its ugly head. Confrontation makes me physically ill, the idea of a confrontation can make me nauseated and light headed. I sometimes wish that I had much more courage so that confrontation wouldn't make me so unbelievably uncomfortable, anxiety ridden and stressed. I remember standing on the street corner when I was in second grade holding my mother's hand and crying that I didn't want to go to school because my teacher was a screamer. She never screamed at me, but listening to her scream at the other children made me miserable and scared. I never started arguments or fights, but I was picked on anyway because I was a skinny little thing who was a bookworm, did all of my homework and did very well on tests. I learned very early that confrontation was not for me and that lesson stuck, I still can't deal with confrontation. I don't see that aspect of myself change anytime soon. I suppose it would be nice to not feel so stressed anytime a confrontation might occur, but I don't even know how to go about changing my reaction to a stressful conflict. My choice in any fight or flight situation will most likely remain the flight, at least there is exercise involved.