I decided to take pictures of the Rex man today, in part to show off how handsome of a German Shepard he is and I have to confess, as his mommy I am so proud to show him off. He is somewhat vain himself, when the occasion warrants he straightens up and seems to grow an extra two inches. I included a picture of him as a puppy because honestly, who knew that the awkward puppy so intent to please us would grow up to be the amazingly large and gentle giant still intent on pleasing us. I threw pictures of Jack in because he is just too cute and Jack never wants to be left out. What we do to Rex we have to do to Jack, if I clean Rex’s ears than Jack wants his cleaned as well. What makes it funny is that after the fact he is never as excited about having clean ears as when Rex was getting it done. Jack never learns though, because when it’s time to put the flea and tick medicine on Rex, little Jack is front and center saying “my turn, my turn”. I can see that since my two human children have grown up and to be frank, they would be put out if I discussed at length any of their antics, I have come to dote even more on my two other children. I was going to write that the only difference between the four of them is that two don’t speak but that is not true. Jack is very vocal during the day and even at night when, if I move I hear little groans emanating from under the covers. During the day, he either barks at other dogs outside or he makes weird noises trying to tell me things, all the while cocking his head from side to side, it’s a riot. Rex is the strong silent type, he makes noise only when absolutely required and I promise you the scarcity of his bark makes it that much more intimidating, not to us of course, but to whomever it is directed at. We get a kick out of it because the absolute depth from whence the bark comes from makes us think of a rumbling out of a deep cavern and then you see his big jaws open and teeth bared. It is a sight to see.

Would you say that you enjoy driving? 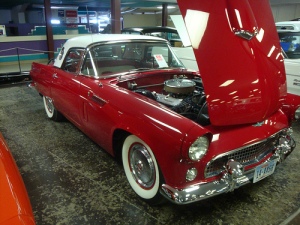 My best memory of driving was when I was the catalog coordinator of a retail store. I was 22 years old and I was on location in California driving on rte 1 from L.A up to Santa Barbara carrying back the proofs of our photo shoot. Rte 1 is so beautiful, you’re on the coast, the ocean waves are crashing on the beach, my windows were down and I had found a cool radio station. There was no one on the road, it was so exciting, the rental car was a fast car with a lot of power, a thunder bird. As I was cruising back to my bosses, I felt a pair of eyes and I turned to my right and there was a state trooper next to me. I smiled and waved hi, he laughed and pointed to the speedometer, I looked and saw that I was doing 100. My eyes opened wide and I looked over at him and mouthed I’m sorry. He burst out laughing and made the sign to slow down which I did immediately. These days, I’m too tired to drive fast. I’ll get there when I get there.